Robert Sundell has practiced law in Northwest Missouri since 1992.  Mr. Sundell formed this law firm in 1996 and has represented thousands of clients since then.

Mr. Sundell has earned the reputation as one of the preeminent attorneys in Northwest Missouri.  Though certainly able to secure employment with a large law firm in Saint Joseph or Kansas City, Mr. Sundell has continued to practice law in Maryville and the surrounding communities, choosing to provide high quality legal representation to this rural community as his highest priority.  Mr. Sundell represents individuals charged with criminal offenses and those injured in accidents.  Additionally, Mr. Sundell assists people with real estate, probate, estate planning, bankruptcies, and more.

Mr. Sundell has tried hundreds of cases before judges and juries; some of which have been high profile matters receiving international media attention.  Mr. Sundell’s skillful practice of law has allowed him to achieve not guilty verdicts in a number of criminal jury trials as well as recover millions of dollars for clients injured at work or by the negligence of others.  Mr. Sundell has successfully argued dozens of cases before the Missouri Court of Appeals and Missouri Supreme Court.

Steven Skinner has practiced law for more than a decade.  Originally Mr. Skinner was an associate of the law firm Anderson & Sundell, P.C.  After several years of dedicated and exemplary work Mr. Skinner was invited to be a partner and the firm was renamed Anderson, Sundell & Skinner, P.C.

Prior to receiving a formal education Mr. Skinner served for nearly 10 years in the United States Marine Corps.  Mr. Skinner’s service took him across the world working throughout the Pacific, Europe, Africa, and South America.  Mr. Skinner’s last several years in the Marines was split between teaching riverine warfare operations in South America and working stateside instructing American and foreign personnel in subject matters such as reconnaissance, heavy weapons, over the horizon navigation, port security, and much more. 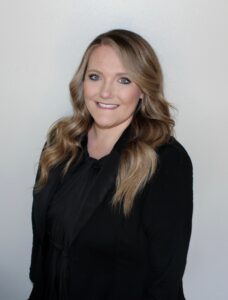 Sydney grew up in rural Corning, Iowa, about 50 miles north of Maryville. She graduated from the University of Iowa with a Bachelor of Science degree in Physiology. After graduating from the University of Iowa, Sydney earned her Juris Doctorate from Creighton University School of Law. While there, she focused her studies specifically on family law, graduating with a Concentration Certificate in Family Law. She dedicated considerable time during law school to service and graduated with Pro Bono Distinction. Sydney was also honored with the 2021 Clinical Legal Education Association’s “Outstanding Student Award” for her work at the Milton R. Abrahams Legal Clinic where she provided legal services as a student attorney in the areas of family law, estate planning, and appellate work.

Before coming to Anderson, Sundell & Skinner in 2022, Sydney gained practical and valuable experience at a rural law firm in southwest Iowa. She worked primarily on family law matters such as divorce, child custody and support, modifications, paternity, adoptions, and contempt actions. Additionally, Sydney gained experience in other areas of law including property law, landlord-tenant law, tort claims, and other general civil work.

Sydney will provide counsel and positive support to individuals and families who need help navigating the legal system during their times of need.

Sydney is married to Monty and they have two daughters: Mia and Aspen. She is actively involved in fundraising and advocating for increased governmental funding for childhood cancer research. In her spare time, she enjoys golfing, cooking and baking, and spending time with her family.